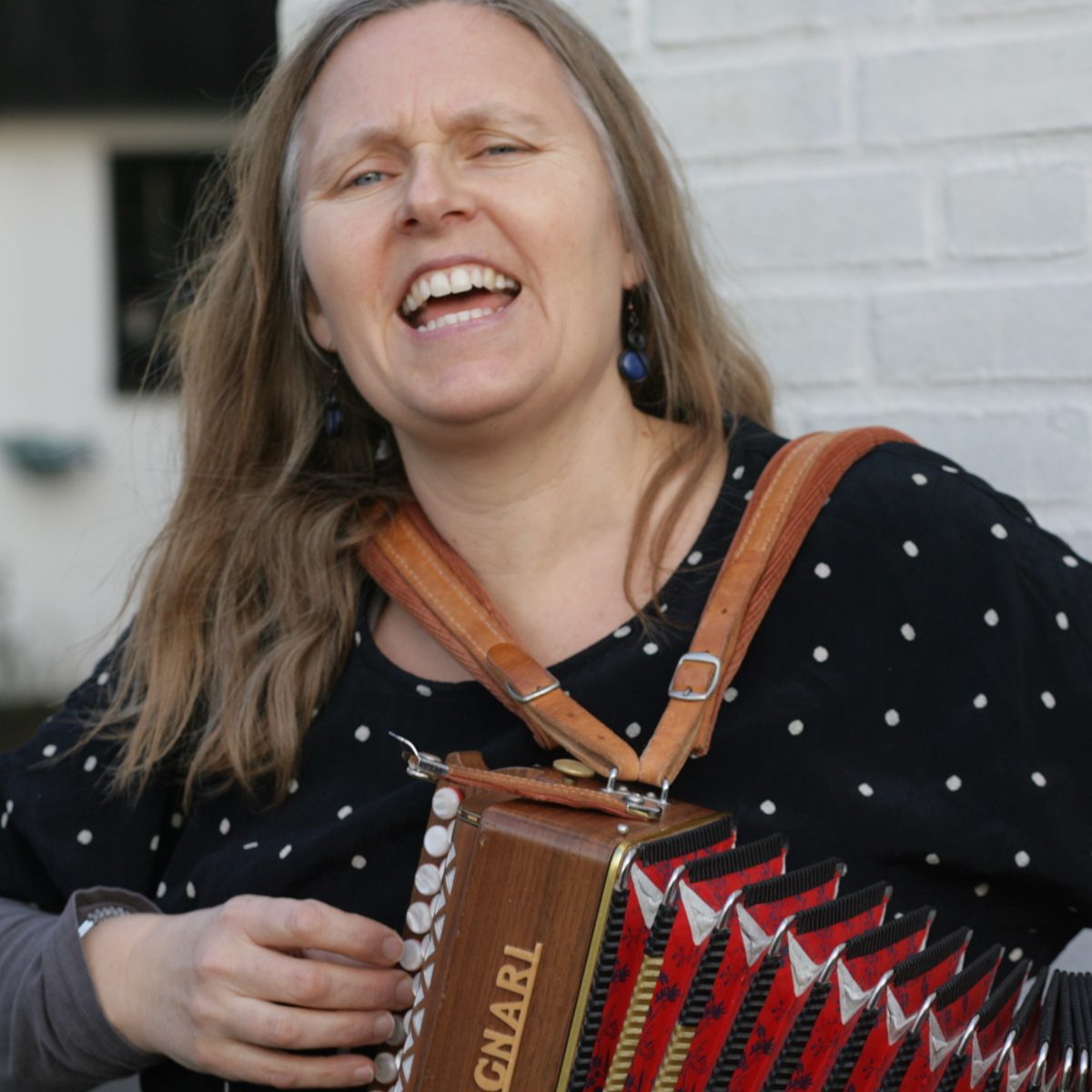 Founding member of The Bridge Of Winds since 1989

Born in 1966, Tippe is a singer, storyteller, and actress.

In the years 1986-1990, she worked with researching and developing folk ballads, shepherd calls, and traditional chain-dances, studying at the Folkemusikhuset (Danish traditional folk music center) in Hogager and Dansk Folkemindesamling (Danish folk-memory archives, within the Royal Danish Library). Tippe has worked with traditional storytellers, singers, and musicians from Denmark, visiting their families and learning the musical traditions.

Also in 1986-90, she ran a song, dance, and music group, focused on the traditional arts, named Balladeværkstedet. Since 1983, Tippe has given workshops and lectures on ballads, chain dance, singing, traditional song, and fairy tales. Since 2005, she has cooperated with Miguel Utrera Imilmaqui from Chile at his Ethnical Performing Arts Laboratory, Theater Renü, and since 2006, with Teatret OM, participating in several performances, barters, and festivals.