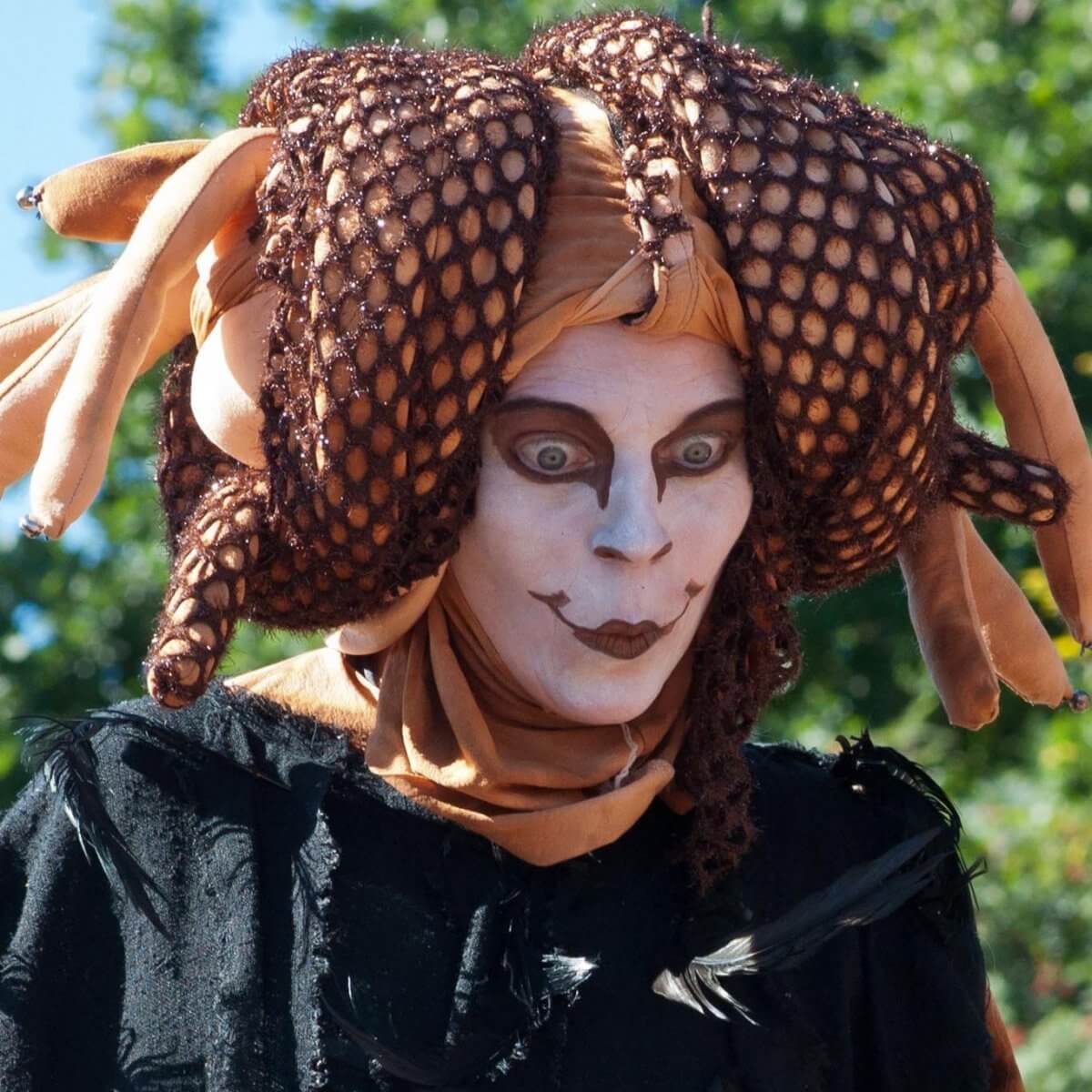 She teaches nine theatre groups for kids in Copenhagen culture houses, along with a dance group and two groups of theatre-rhythmic for young children and parents. She also teaches in primary schools and kindergartens (musicals, acrobatics, physical theatre, and mask-workshops). With seven solo performances for kids, fire shows, and sixteen different stilt-characters ready for events, she travels around, performing and teaching. Often in cooperation with all kinds of performing artists and cultural houses, like Børnekulturhuset and Absalon, she is especially interested in working with theatre as a culture meeting-point.

Signe has participated in various cultural exchange projects in South Africa, Malawi, Syria, all the Northern European countries, Brazil, India, and Australia. She studied theatre with Teatro Tascabile di Bergamo (Italy) and Theaterlaboratory ECS (Finland), as well as the Kathakali in Kerala (India). She has cooperated with Kai Bredholt (Odin Teatret), Teatret OM, and performed for twenty years for a diverse range of spectators, from the Danish Prime Minister, to refugees.