Prospective member, in training since 2018

Born in 1977, Rodrigo is an actor and musician.

He was educated at the Unicamp (University of Campinas, Brazil). From 2004 to 2012, he performed in several musical shows. In that period, he launched a CD called Pequena Valsa Sem Fim. In 2010, he began working with theatre, focusing his efforts mainly on the craft of the actor, working under the direction of Carlos Simioni in a research group called Patuanú. From 2014 to 2015, Rodrigo traveled to Bogotá (Colombia), to work in a research team called Cuerpo de la Organicidad, under the direction of Fernando Montes, who worked with Grotowski in the Nineties. There, Rodrigo had the opportunity to meet Maud Robart and worked with her on traditional songs.

Back to Brazil and back to Patuanú in the end of 2015, he founded, with a working partner, a research group called Nuviar, which is mainly dedicated to the presence of traditional songs in the actor’s craft. 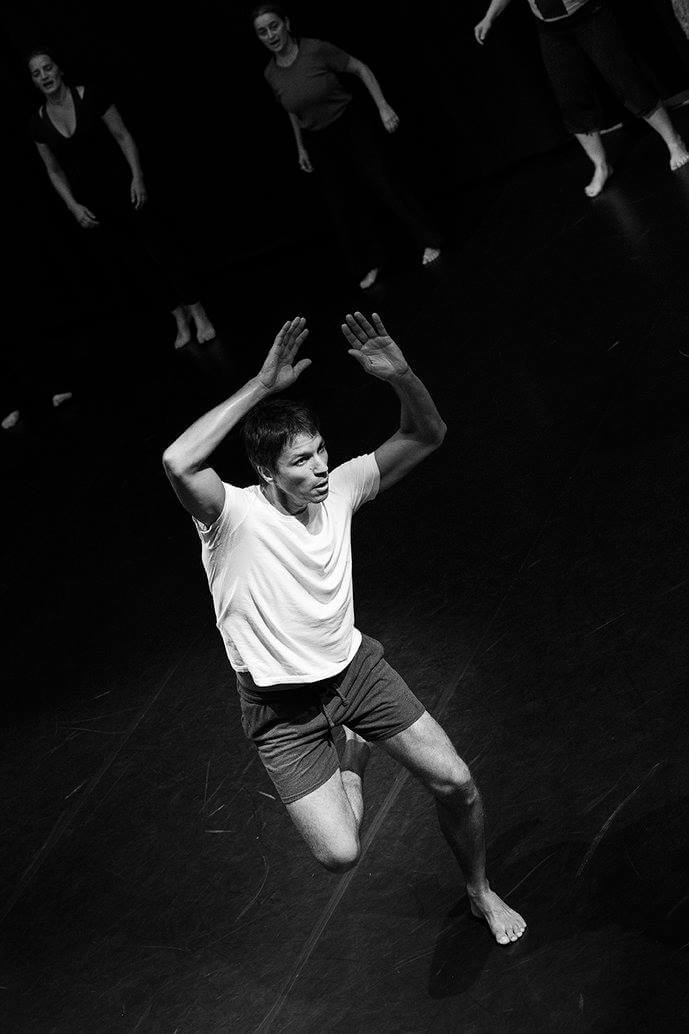