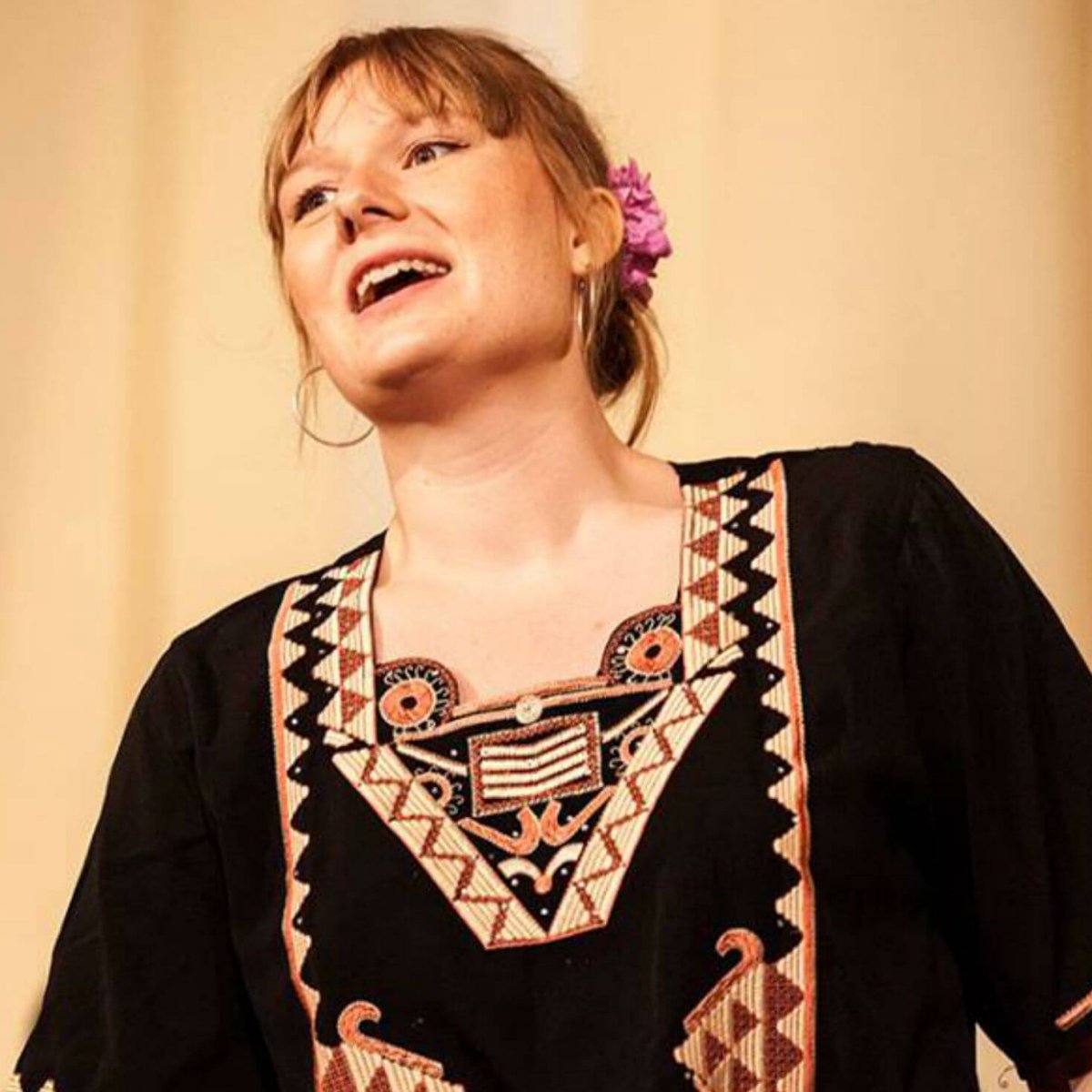 Born in 1995, Frida is a singer and Tippe Molsted’s younger daughter.

She was 9 months old when she took part in a meeting of The Bridge of Winds for the first time, which took place in Scilla in southern Italy, in 1996. She was carried on Tippe’s back in a backpack, during the Wind Dance, the Samurai, the voice training, and rehearsals.

The first time Frida participated actively in the group, was in a small scene of The White Montage in Bahia, Brazil, in 2001. Together with Emilie Molsted and Giada della Rocca (daughter of Lina della Rocca)  Later on they all participated in parts of the concert Voices in the Wind. Since 2007, she has been a singer in the whole concert with the other members of the group, as well as in the Barters.

Frida works as a ceramic artist in Copenhagen, with her company Frida Ceramics.